people
In 1963 an earthquake destroyed approximately 80% of the city of Skopje. With international support the city was rebuilt and became “a model case of urban reconstruction.” In 2010, the then ruling party created the “Skopje 2014” project, which initiated the reconstructing of the facades of monumental buildings and the commissioning of around two hundred statues depicting historical figures. The project transformed the image of Skopje, confronting the predominant brutalist architecture with neoclassicism. As a result, the aesthetics of politics are projected onto public space. This brings to question what it means to revise the identity of a city, and what effect this has on public representation, identity, and memory.

My project set out to question how public memory is preserved, captured, and displayed. I began with a period of research, documenting iconic elements of the Skopje 2014 project that are omnipresent in the city today. Through the resulting visual archive, I was able to investigate the sense of tactility, symbolism, and the value of materiality on show. What does it mean to cover facades with fabricated materials, both literally and metaphorically? Can history be constructed and recontextualized by entangled political interests?

Out of this came a series of framed images of public sculptures, which can be viewed through found quotations sandblasted onto the protective glass placed in front of each photograph. The texts were extracted from newspaper articles and academic papers regarding the Skopje 2014 project. The subsequent dialogue between image and text creates new meanings and interpretative narratives. The poetic nature of the quotations has been utilized strategically to create a space that includes rather than excludes. The dynamic between text and image, whilst explicitly playing with visibility and transparency, reflects the sense of mismatch between history, facts, identity, political power, and collective and individual memory that is the legacy of the Skopje 2014 project.
(◦) Antonis Pittas 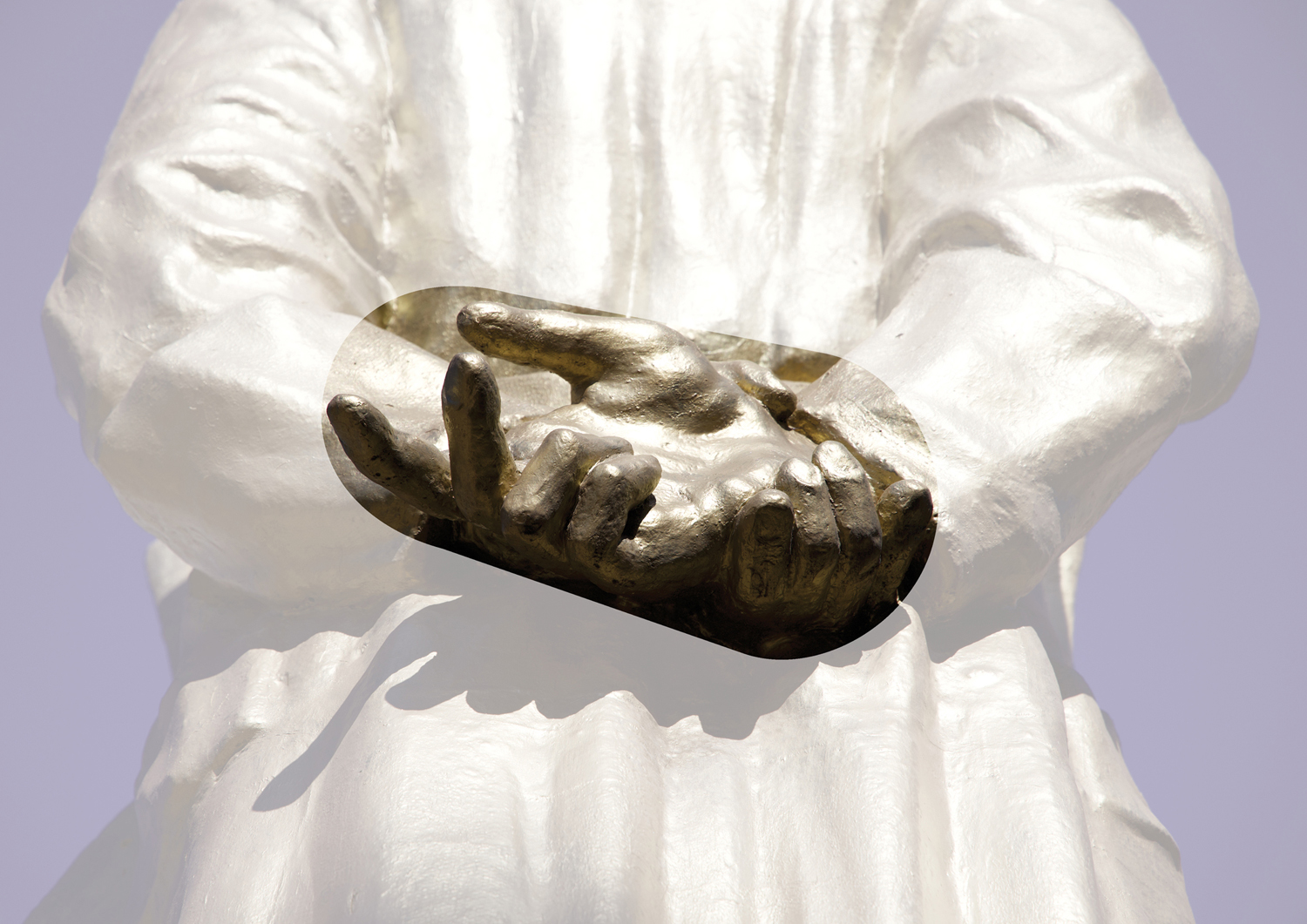 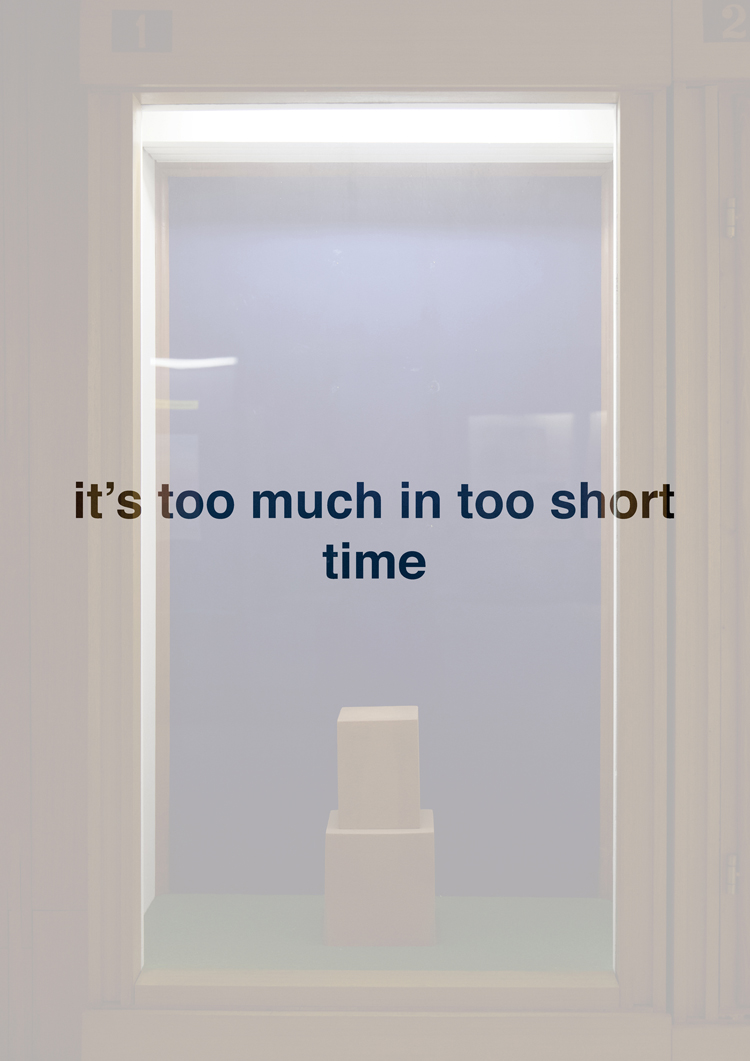 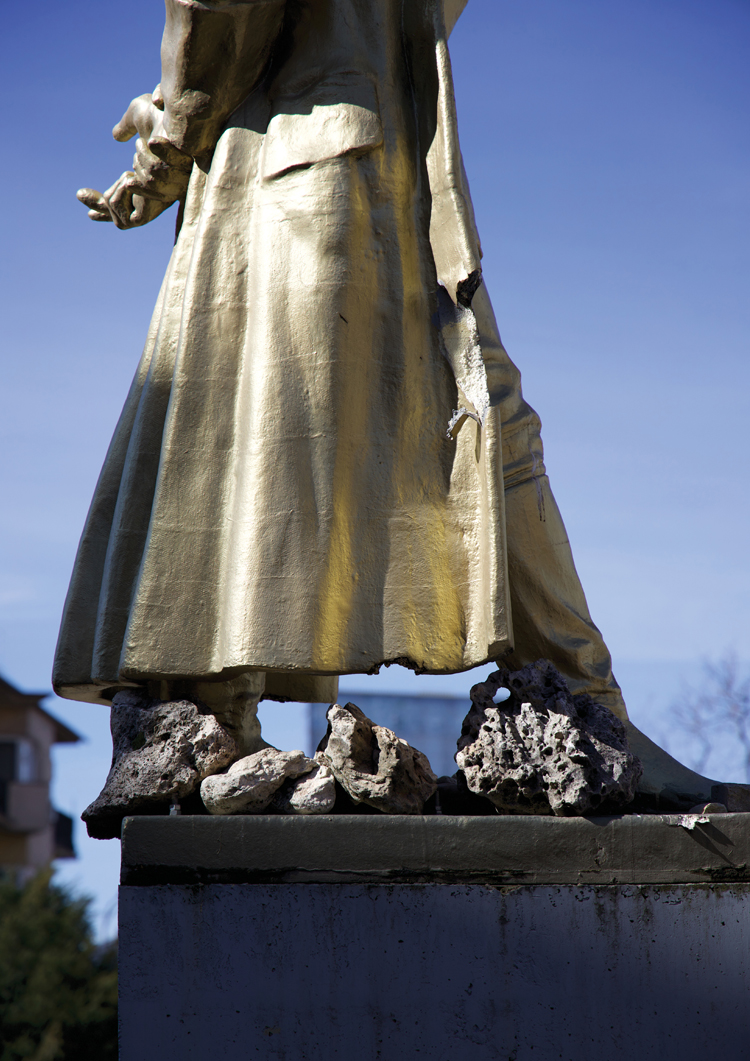 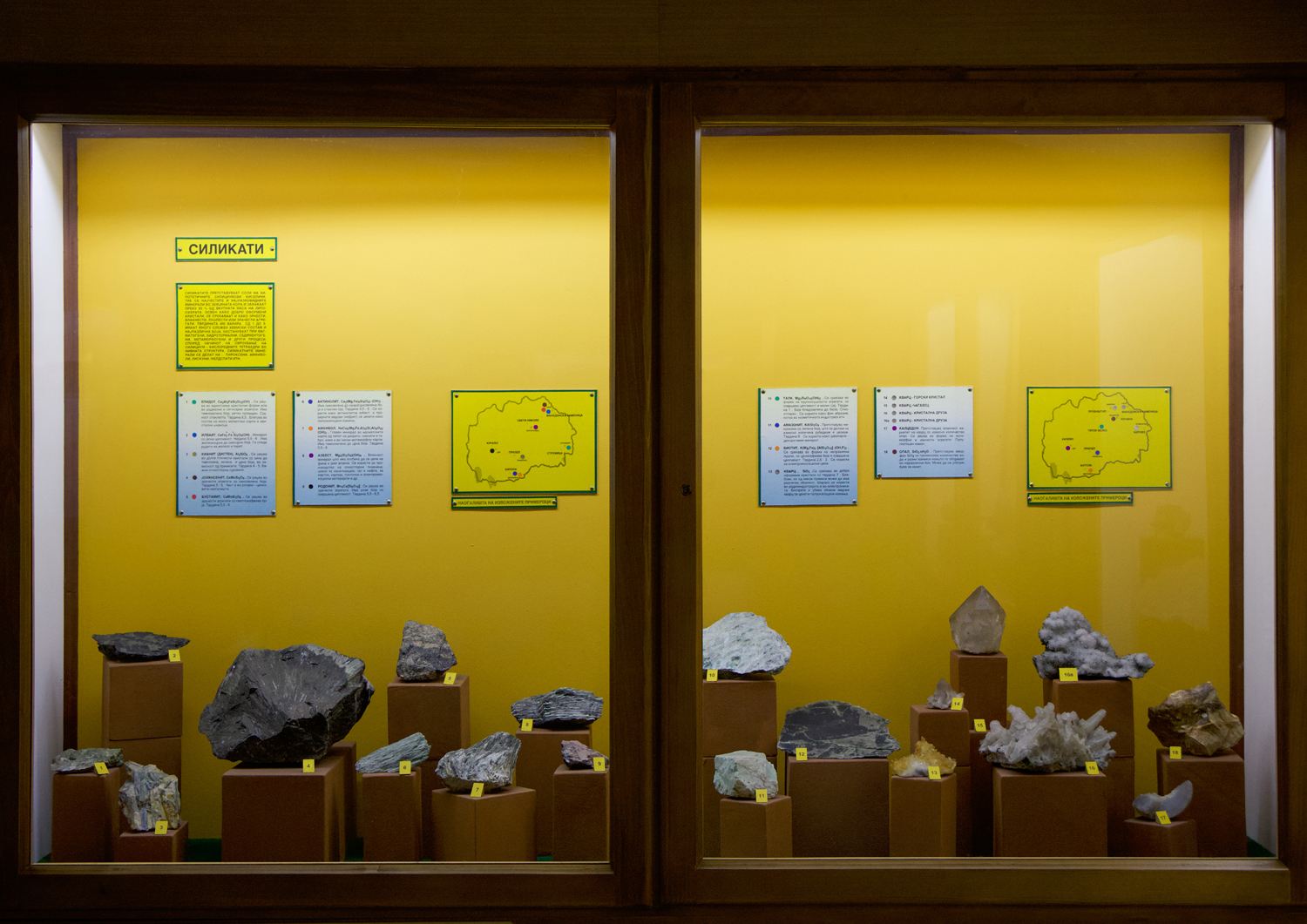 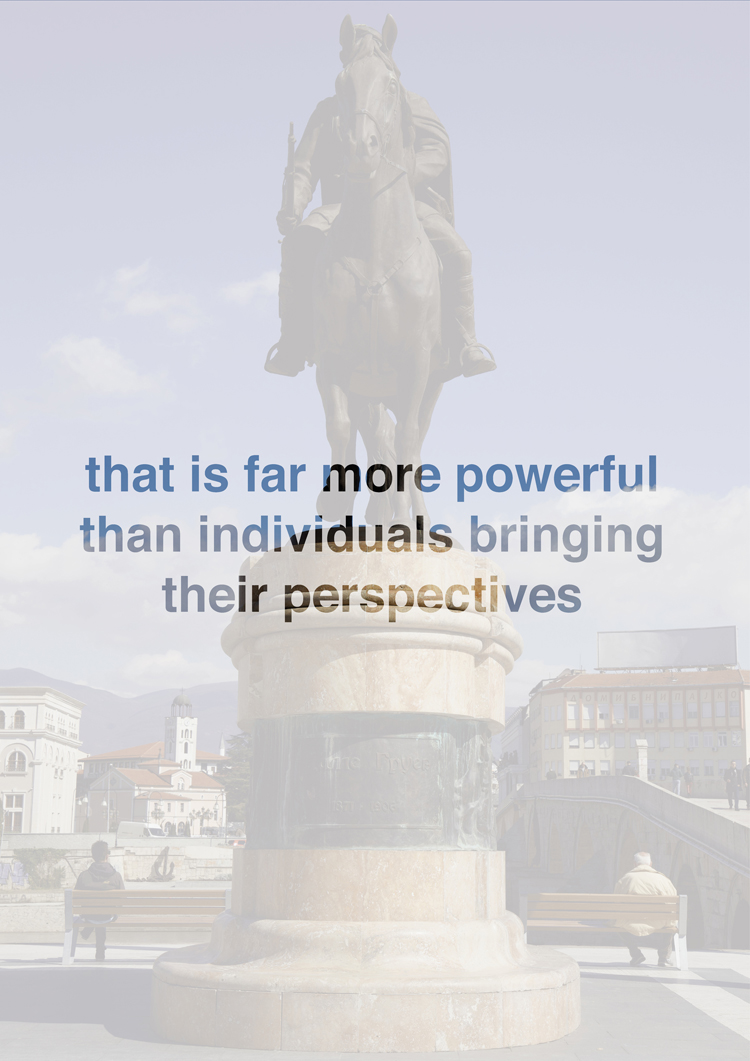 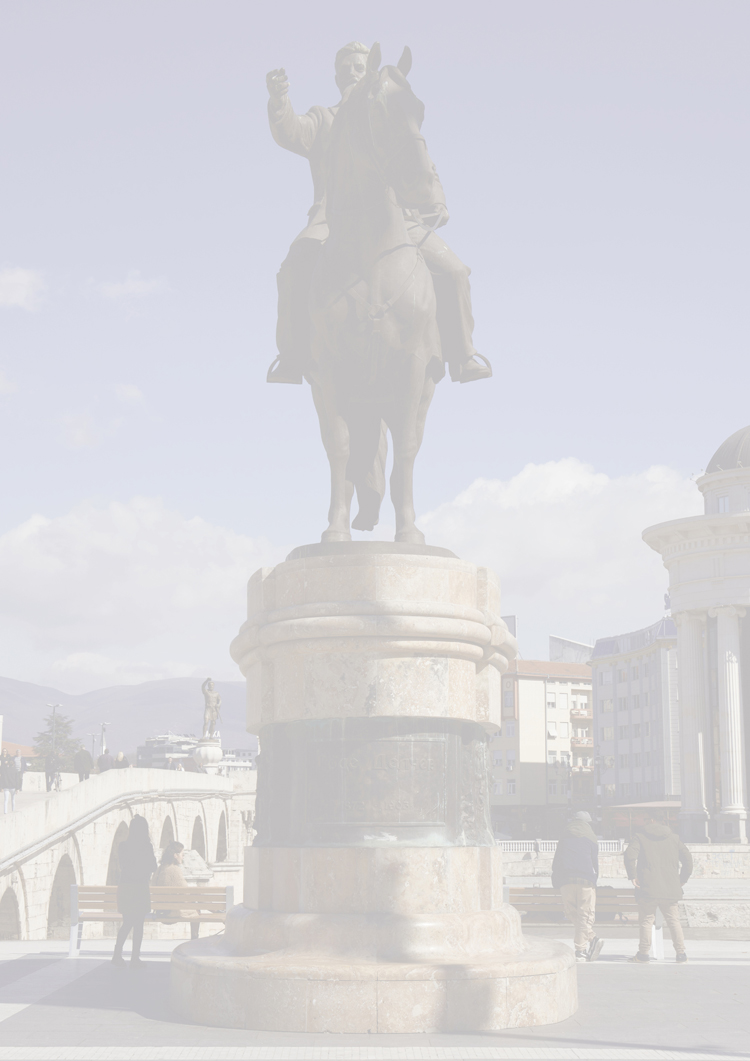 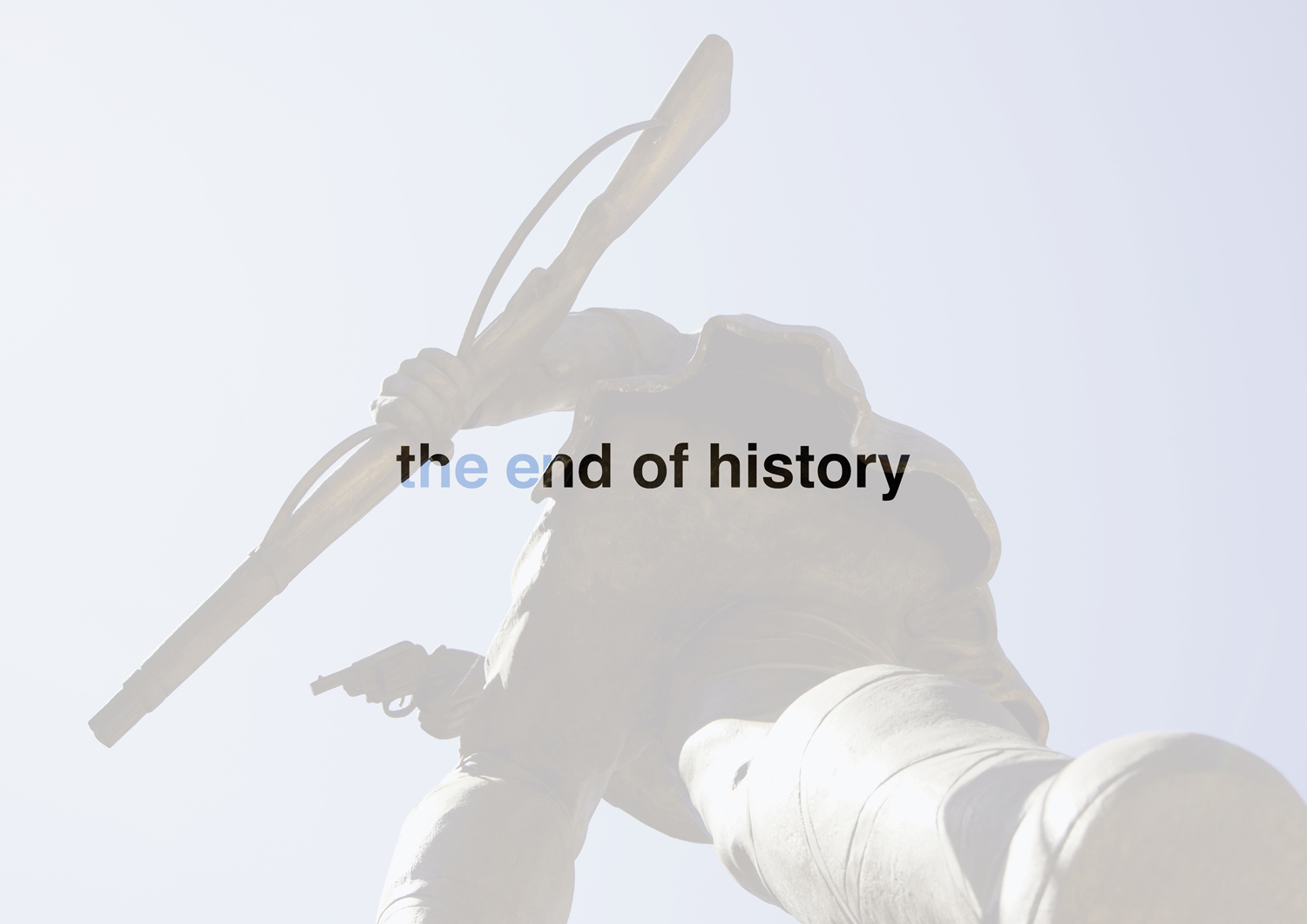